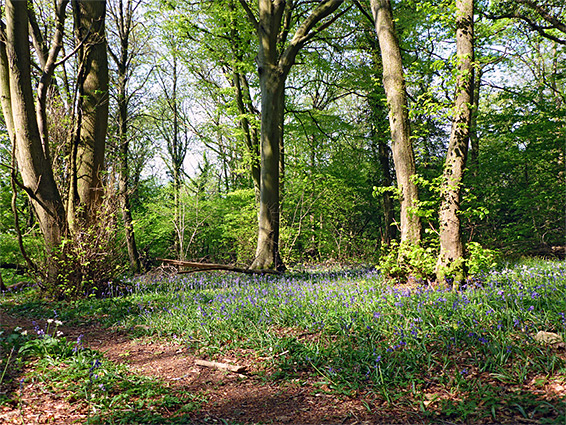 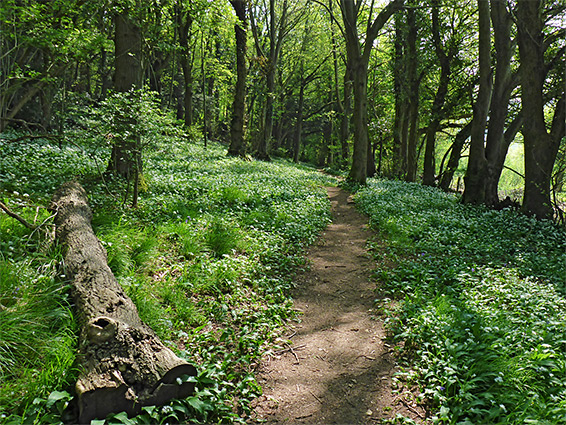 Ancient woodland on steeply-sloping ground on the south side of the Mendip Hills; fine displays of bluebells and wild garlic in the spring

Trees cover large areas of the steep, south-facing slopes of the Mendip Hills, though much are relatively recent; Mascall's Wood, one mile east of Cheddar, is one of the few ancient woodlands, established here for at least several hundred years.

The original woodland is relatively small, about a quarter of a mile long and 500 feet wide, spanning 150 feet of elevation, and contains lime, oak and ash trees, plus smaller numbers of beech, whitebeam and yew. The trees, however, have expanded somewhat over the years, especially on the north side, and all edges grade into species-rich limestone grassland. The wood, and some overgrown meadows to the southwest once used to grow strawberries, are part of a 15 acre nature reserve, not so much visited since there is no direct road access.

Purple gromwell is the rarest wildflower, growing at just one site, while some of the commoner ancient woodland species are widespread, especially wild garlic and bluebell, both of which cover large areas of the ground in spring; the garlic is prominent towards the south and east where the ground is moister, while bluebells dominate the higher elevations to the north. 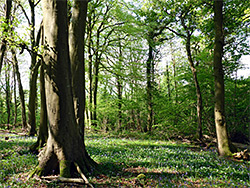 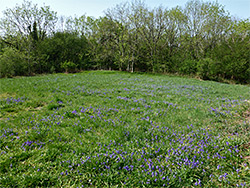 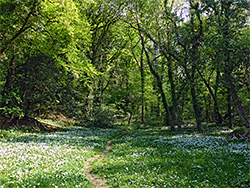 The quickest access to Mascall's Wood is from the south, along a track from Bradley Cross, a small village with limited parking; one possible location is a layby along Bradley Cross Lane, from where a gate at the southeast entrance to the nature reserve is 0.3 miles away. An alternative approach, also 0.3 miles, starts from Cheddar, on Lippitt Lane, along a well used path that connects to the West Mendip Way, which passes close to the western edge, while a rather longer though more scenic route, with easier parking, is from Black Rock in the north, along the B3135; from here the west edge of the wood is one mile away, walking up a steep, wooded slope then across the high grasslands bordering the east rim of Cheddar Gorge. 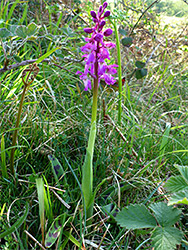 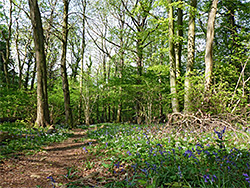 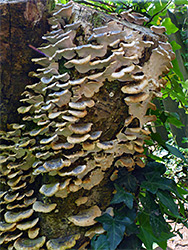 The West Mendip Way skirts the top of the wood and, after a junction, also runs past to the south, along the edge of the reserve, past the former strawberry fields. A narrower path enters the wood itself, crossing close to the south edge and linking with a second that climbs the slopes to the east. Lesser paths explore uphill areas, one following the ancient stone wall which defines the northern boundary of the original wood, now mostly bordered by more recent trees on the far side. One other stone structure within the woodland is a ruined limekiln, towards the southwest corner. 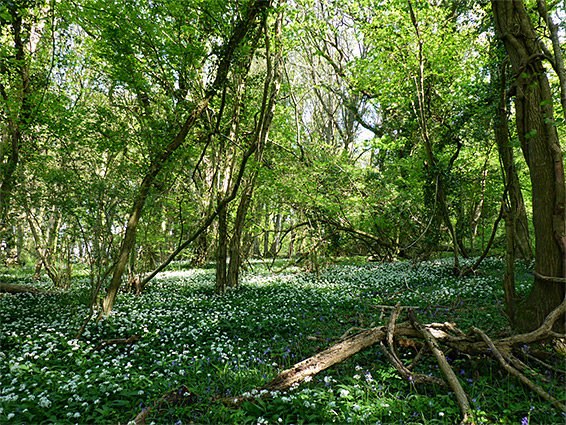