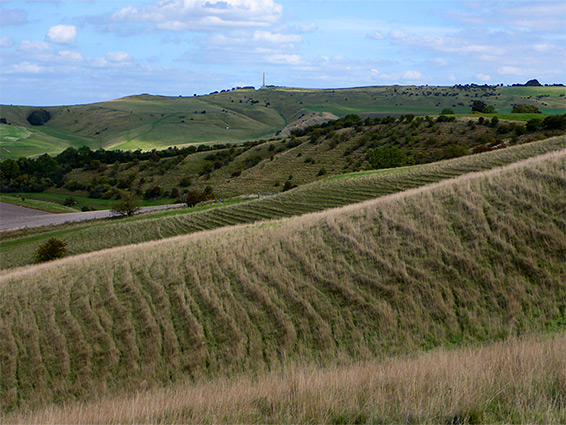 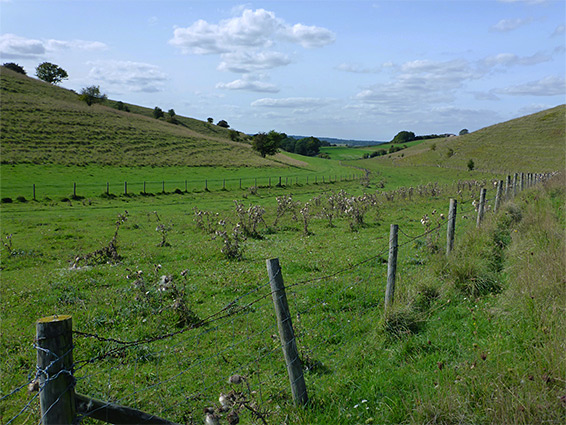 Flower-rich chalk grassland at the edge of the North Wessex Downs; hills, slopes and dry valleys, plus historic sites including a monument, a white horse and a hillfort

Calstone Down and Cherhill Down form part of the western edge of the North Wessex Downs, a large chalk plateau in east Wiltshire, extending into three adjacent counties. A National Trust property and Site of Special Scientific Interest, Calstone/Cherhill comprises over 300 acres of unimproved chalk downland centred on 854 foot Cherhill Hill, a broad, elongated summit; Cherhill Down covers the north-facing slopes, descending relatively gently, while Calstone is the southern aspect, dropping down more steeply to a branched, dry valley, Ranscombe Bottom, which is a particularly good wildflower location, home to such rare species as bastard toadflax, burnt-tip orchid, field fleawort, frog orchid and round-headed rampion. The SSSI includes part of the southern slopes of this valley and another section a little way southwest, near the next major summit along the escarpment, Morgan's Hill.

The varied wildflowers support a good range of butterflies and other invertebrates, and all of the downs have spectacular views to the west, while added interest comes from an imposing, 19th-century spire (Lansdowne Monument), an Iron Age hill fort plus other earthworks, and the Cherhill White Horse, carved into the chalk in 1780, making this the second oldest such figure in the county.

The site is easily accessed from the A4, which runs close by to the north, and is crossed by various paths, enabling walks of between one and six miles, depending on how much of the area is explored. 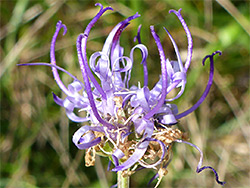 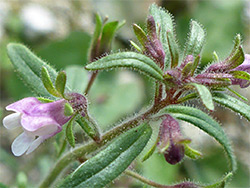 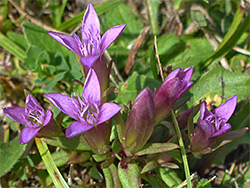 The downs could be approached from the southwest, starting at the Smallgrain Picnic Area near Morgan's Hill, or from the minor road to Calstone Wellington village, where a path leads to Ranscombe Bottom, but the easiest access is from the A4 to the north, via one of four paths that cross fields and climb towards the hill. There are several laybys for parking, on both sides of the road. 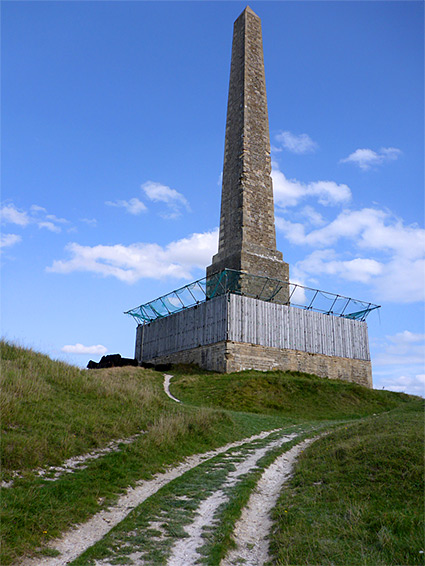 Lansdowne Monument, also known as Cherhill Monument, is the most prominent feature of the downs; a 125 foot-high stone obelisk built by the Marquess of Lansdowne in 1845, to commemorate one of his great-great-grandfathers, physician and surgeon Sir William Petty. The spire is situated on the narrow western tip of Cherhill Hill, overlooking the earthworks of the Iron Age hillfort, known as Oldbury Castle; ditches and embankments surrounding an oval-shaped enclosure a quarter of a mile across, built on top of an earlier fortification from the Bronze Age. Many other earthworks are scattered across the downs, together with tumuli, chalk pits and ancient field systems, all evidence of the extensive occupation of this area in ancient times. The stone circles and other monuments near Avebury are just 3 miles west. Cherhill White Horse is tucked into a fold in the escarpment just north of the monument, and measures 110 feet across, head to tail. 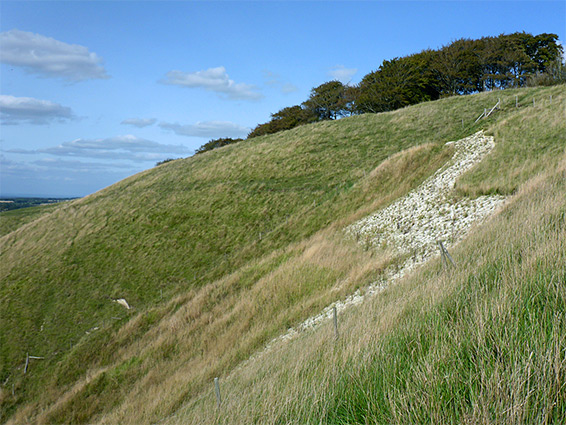 The best wildflower locations are on the inclined grassland rather than the flatter areas above, some parts of which are excluded from the SSSI; the north and west-facing edges of Cherhill Hill and especially the sunnier land to the south (Calstone Down), descending about 300 feet to the flat floor of Ranscombe Bottom. The north side of this splits into six short, dry valleys, the Calstone Combes, where the rarest species are concentrated. All can be explored easily enough by the paths or by cross-country walking, though some parts are divided by fences and most is seasonally grazed by cattle. The south side of the valley (not part of the National Trust property) also has several tributary combes, and the sloping grassland along the edge of the escarpment continues southwestwards towards Morgan's Hill, becoming a little more overgrown, with scattered bushes and trees. The furthest section of the SSSI is a west-facing hillside 1.1 miles southwest of the monument, overlooking Calstone Wellington. 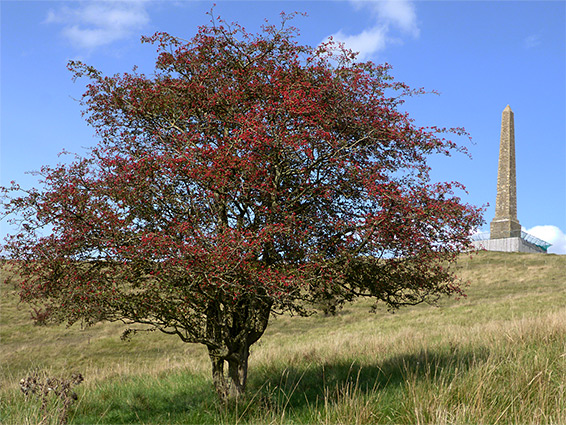