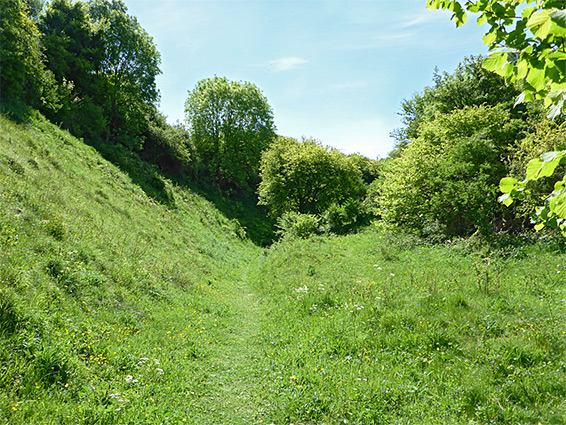 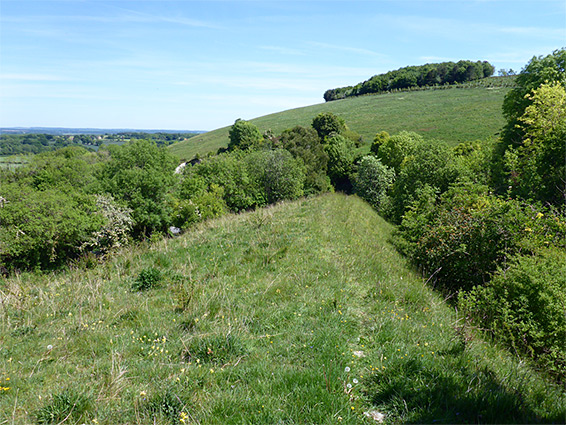 Narrow strip of chalk grassland on a steep, northwest-facing hill above the valley of the River Kennet, with a good range of wildflowers including seven species of orchid

Management
Wiltshire Wildlife Trust
Location
Along a country lane 4.5 miles south of Hungerford; SN8 3RG
Selected Wildflowers
Burnt-tip orchid, chalk milkwort, common spotted orchid, common twayblade, cowslip, early purple orchid, fairy flax, fragrant orchid, horseshoe vetch, musk orchid, pyramidal orchid, salad burnet
Ham Hill Nature Reserve is a small (4 acre) site in the North Wessex Downs, not much visited, and situated in a quiet area, along a country lane south of the village of Ham, 4.5 miles from Hungerford. The protected area is a narrow strip of land parallel to the road as it ascends a steep, northwest-facing slope, at the edge of an extensive chalk ridge. The thin chalk soils and short grass have allowed an interesting range of flora to develop, undisturbed by any attempts at cultivation due to the steepness, including two rare orchids, burnt-tip and musk.

The nature reserve is centered on a holloway, or sunken lane, the original course of the road, and the land within forms three slopes - the main hill, east of the old lane, and lesser inclines either side of the low ridge separating the lane from the modern road. The southern third of the reserve is woodland, mainly ash, with fewer wildflower species; the interest is in the grassy parts, especially the ridgetop and the hillside near the north end. A path links the two entrances to the reserve, running along the little ridge, whilst the lane can also be followed, though it tends to become overgrown in places. Visitors are asked not to climb the steep eastern slope to avoid damaging the wildflowers. The grassland is seasonally grazed by sheep, to restrict the growth of vigorous grasses that would crowd out the more delicate plants if left unchecked. 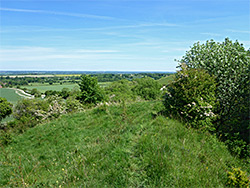 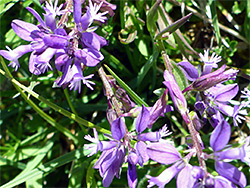 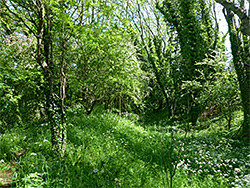 The northern entrance has parking for a couple of vehicles, while there is more space to the south, at a junction near the far end, with a road to Buttermere. A Wiltshire Wildlife Trust notice describes some of the plant species found here. The path climbs via a flight of steps, past a patch of trees then follows the open ridgetop between the road and the lane, where most of the wildflowers grow. This section also has good long distance views, northwestwards over the River Kennet valley. All the reserve can be seen in less than half an hour. 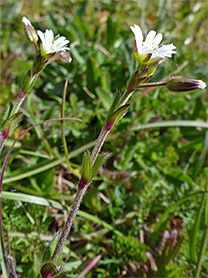 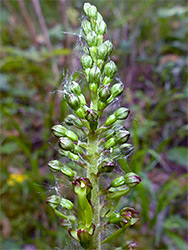 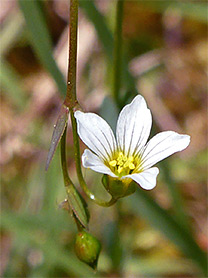 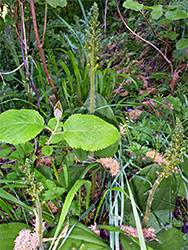