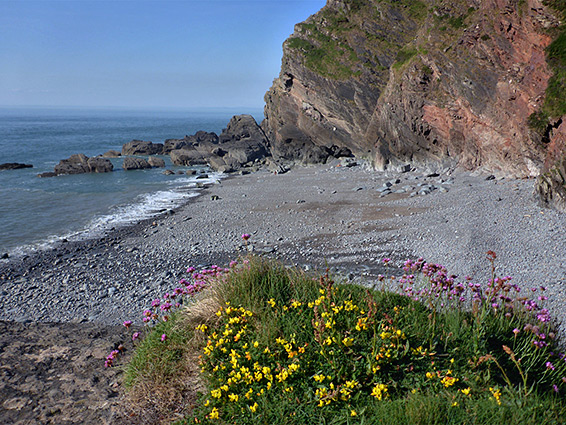 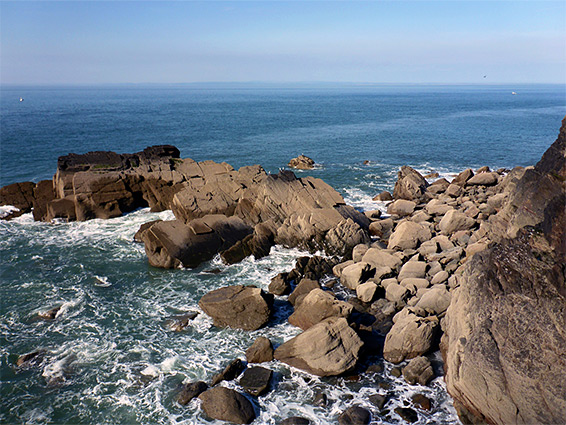 Cliff-lined pebble and sand beach at the lower end of the River Heddon, along the coast of north Devon between Lynton and Combe Martin, reached by an easy walk along a deep, secluded, wooded valley

Management
National Trust
Location
North of Killington, 2 miles from the A39; EX31 4PY
Walk
2.1 mile loop, along each side of the valley
Photo Tour (19 images)

Heddon's Mouth, where the valley of the River Heddon meets the Bristol Channel, is the only easily-reached point at sea level along a seven mile section of the north Devon coast, between Combe Martin and Woody Bay, since elsewhere all is bordered by sheer cliffs or steep slopes, below hills that rise up to 1,000 feet less than one mile inland. In many places the land plunges vertically down to deep water even at low tide, so nearly all the shoreline is accessible only by boat, and even at Heddon's Mouth, site of a pretty beach of sand and pebbles, only a short distance either side of the river can be explored before the first permanently submerged channels.

The lower section of the river is quite wide, and nearly level, flowing through woodland and meadows for one mile back to the point where the valley is crossed by a road, and is followed by paths along both sides, allowing a loop hike of 2.1 miles. Along the road are a cluster of buildings including a hotel, a National Trust gift shop and a paid car park, though free parking places are also available close by. Apart from parking there is no fee to visit, and this secluded, scenic location is never particularly busy since it lies away from main roads, reached by several narrow lanes off the A39. The walk can be extended by taking the coast path eastward towards Woody Bay and the Valley of Rocks, and west to Holdstone Down and Combe Martin. All this area is part of Exmoor National Park.

The walk is good for wildflowers, encompassing four habitats - meadows, damp woodland, the riparian river corridor, and the sea cliffs. One creature of note is the high brown fritillary butterfly, a rare species that can be seen in the meadows in June and July. 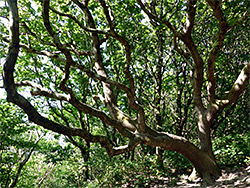 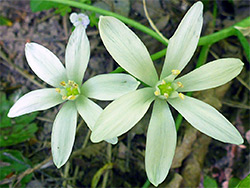 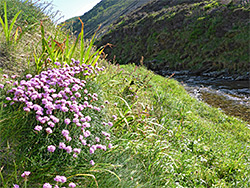 The National Trust Heddon's Mouth car park has plenty of spaces and is well shaded by large trees; on flat ground between the road and the river, beside several picnic tables. The visitor centre and gift shop is right opposite while just down the road is the Hunters Inn hotel/bar, an imposing building instructed in 1906. The road forks in front of the hotel, both lanes climbing steeply to the top of the cliffs and continuing west and east, past several connections to the coast path. The shortest route (2.2 miles) to this location from the A39 begins just north of Churchtown. 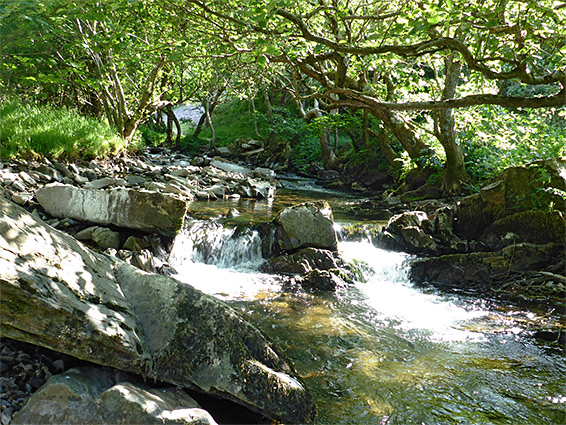 The two footpaths, either side of the river, are very similar, though the western is slightly longer, beginning a little further along the road, so most people take the east path, which starts right next to the hotel. This route enters the woods, a mix of oak, ash and whitebeam, rises slightly to the junction with an upper-level connector to the coast path then moves back to river level, past the extensive hotel gardens and on through the shady, old-growth woodland, initially close the stream before rising above and then descending, to an old stone bridge that links with the western path, about half way to the beach. One uncommon plant hereabouts is star-of-Bethlehem, growing in a small patch right beside the path. The main coast path forks off soon after the bridge while the river trail stays close to the water, through gradually thinning trees and into an open, grassy corridor that leads to the beach. The western path encounters the same scenery apart from passing more extensive long grass meadows towards its south end, and it meets the road 900 feet west of the hotel beside a shady orchard containing several flourishing apple trees. The westwards coast path also branches off about half way along, just south of the footbridge. 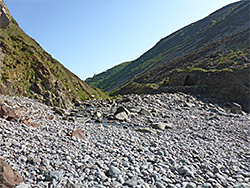 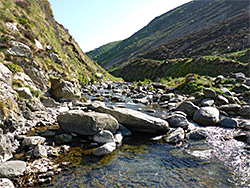 Mouth of the river 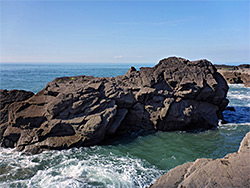 A restored limekiln, probably 18th century, sits on a little knoll on the west side of the river but otherwise the bay is entirely natural in appearance; at low tide the pebble beach extends seawards for 300 feet, plus a few patches of sand, flanked by wildflower-covered slopes that give way to bare cliffs of reddish Hangman Sandstone, in which crevices provide nesting sites for hundreds of noisy birds. On the west side the pebbles merge with bigger boulders before a sheer rock face puts an end to any hope of continuing, while the rocks begin more abruptly on the east side, where a high, inclined slab slopes up to a fine viewpoint of the bay and the deep channels and isolated sea stacks out to sea, with the impassable cliffs below Highveer Point beyond. The largest stack is named Ladder Rock, while on the far side are a group of smaller formations, the Highveer Rocks. 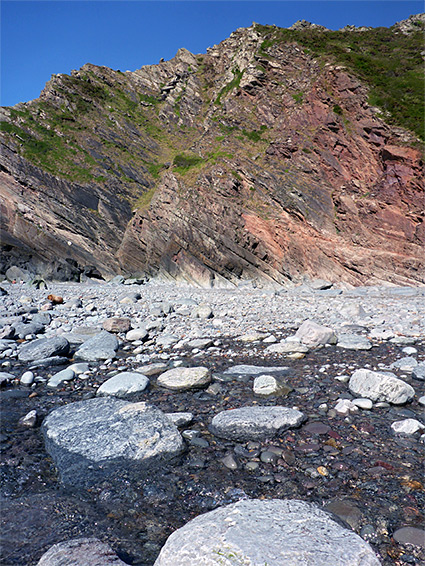