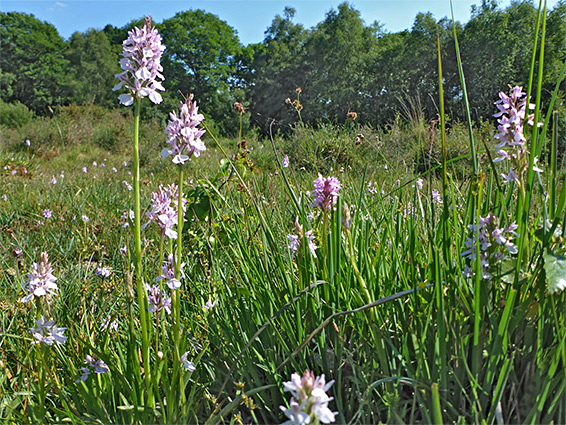 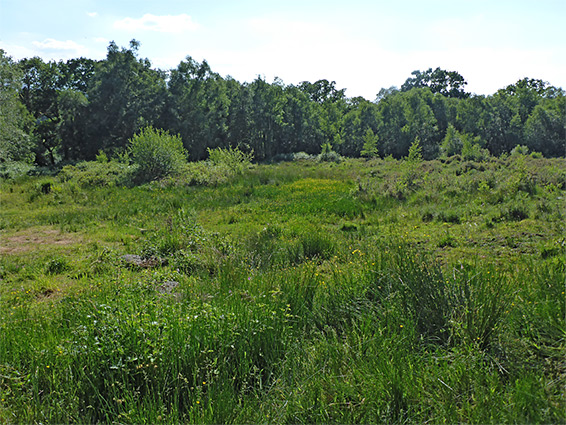 Two fields in the Blackdown Hills, lined by trees, containing a spring-line mire, the waters from which flow into the River Culm. Supports a good variety of bog and heath plants

Management
Somerset Wildlife Trust
Location
Along a minor road west of Churchstanton; TA3 7QH
Selected Wildflowers
Bog asphodel, bog pimpernel, bog pondweed, creeping forget-me-not, devil's-bit scabious, heath milkwort, heath speedwell, heath spotted orchid, lesser skullcap, lousewort, marsh violet, oblong-leaved sundew, pale butterwort, round-leaved sundew
Towards the north side of the Blackdown Hills in Somerset, Brimley Hill Mire is a small, secluded and little visited nature reserve, of interest not because of the scenery, since the site is entirely enclosed by trees and has no long-distance views, but because of the variety of wetland plants that grow here, the most notable species being bog asphodel, marsh violet, oblong-leaved sundew and pale butterwort.

The five acre reserve comprises two fields separated by a fence; the larger is centred on a series of springs that sustain a bog, or mire, surrounded by heath and wet grassland, with birch and rowan woodland around the perimeter, while the smaller field is mostly damp grassland. The wettest areas, in the main field, support several species of sphagnum moss.

The springs have formed at the boundary between the Upper Greensand Formation which makes up the majority of the higher reaches of the hills, and the underlying, impermeable Mercia Mudstone Group; the wet area is a fine example of a spring-line mire, similar to Yarty Moor four miles east.

The reserve is also noted for ferns, with at least eight species, and dragonflies. Midsummer is the best time to visit. 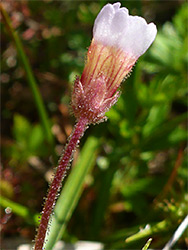 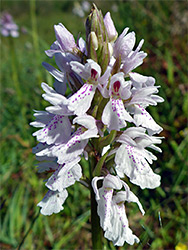 Brimley Hill Mire Nature Reserve is not signposted and identified only by an inconspicuous sign at the entrance, a little way back from the approach road, which is an undesignated lane west of Churchstanton, south of Downlands Lane. The access lane crosses a wooded slope - the west edge of Brimley Hill - and the mire is on the west side of the road, draining into a stream just beyond, which in turn flows north into the River Culm. There is a small amount of roadside parking at the main entrance, and more a short distance south in front of a track leading to the smaller field. The reserve has no path but with careful walking most areas can be explored. 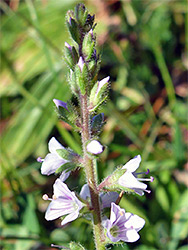 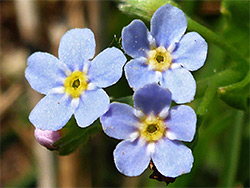 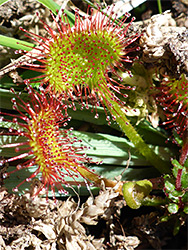