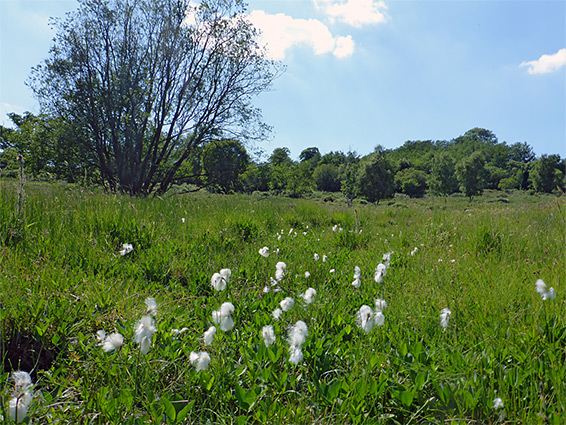 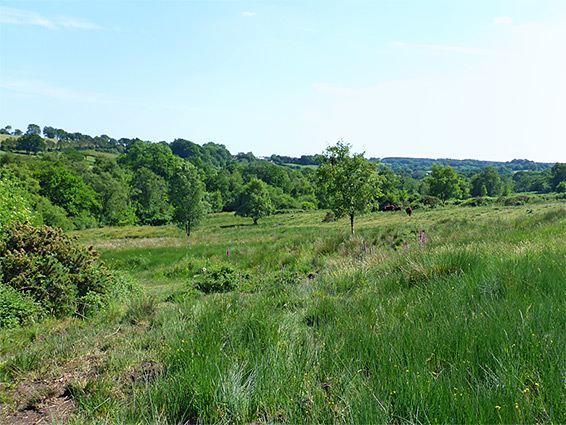 Rough, wet grassland near the source of the River Yarty in the Blackdown Hills; a mixed valley mire, with many unusual plant species

Like most nature reserves, the main attraction of Yarty Moor in south Somerset is the plant life, though the landscape is quite scenic; a slope of rough grassland in the Blackdown Hills above the uppermost reaches of the River Yarty, with long distance views to the south. The place is of interest because of its wetland flora, growing in habitats of wet heath, boggy pools and marshy grassland - a mixed valley mire or springline mire, considered to be one of the best examples in the county.

The nature reserve occupies about one third of the Deadman Site of Special Scientific Interest, which extends a little to the northeast and further to the south, and is named after a nearby settlement. The reserve incorporates the wettest section, with the most abundant plant life, and here are found all of the uncommon species in the SSSI, including bogbean, bog asphodel, marsh lousewort, marsh st john's-wort, pale butterwort and oblong-leaved sundew.

Most numerous of at least five species of orchids are southern marsh and heath spotted. It was believed that a population of the rare narrow-leaved marsh orchid (dactylorhiza traunsteineroides) grew at Yarty Moor, but these plants are now considered to be a subspecies (ssp schoenophila) of the southern marsh orchid.

A track crosses part of the upper section of the reserve but most is pathless. The vegetation is not too thick so walking cross-country is easy enough, even though many parts are wet and some care is needed not to damage the delicate wetland plants. The reserve is grazed by cattle and ponies most of the year, and subject to regular scrub clearance. 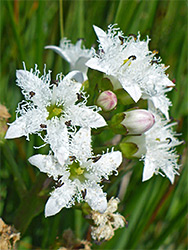 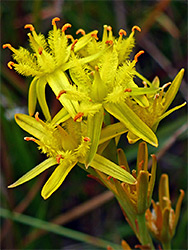 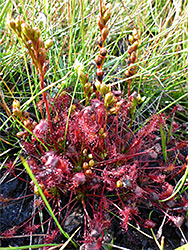 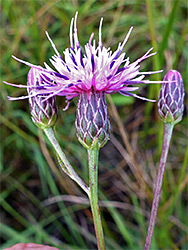 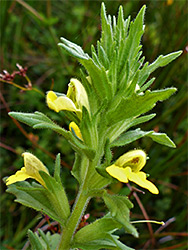 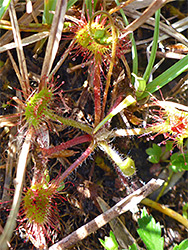 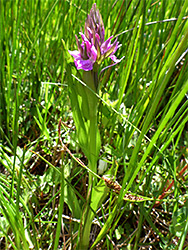 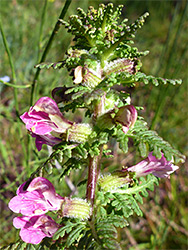 The 27 acre reserve is reached by an unnamed road 0.4 miles east of the B3170, 7 miles south of Taunton, towards the north edge of the Blackdown Hills. There is space for several vehicles to park on the adjacent verge. From the gated entrance, the track crosses a small area of scrub (excluded from the SSSI) and enters the main area of grassland, which extends for a quarter of a mile and gradually widens to the south. The River Yarty flows mostly out of sight along the eastern edge, shielded by a line of trees. Boggy patches are concentrated in the lower elevations, close to the river, and extend uphill in several places, centred around tiny streams. Some of the interesting plants are widespread, such as bogbean and the orchids, while others are more localised and harder to spot, like the pale butterwort and yellow bartsia. 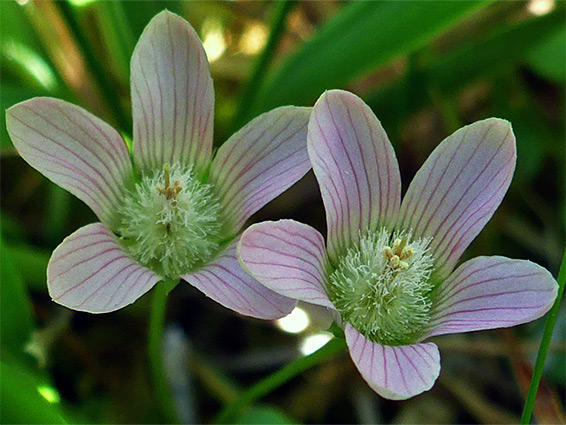