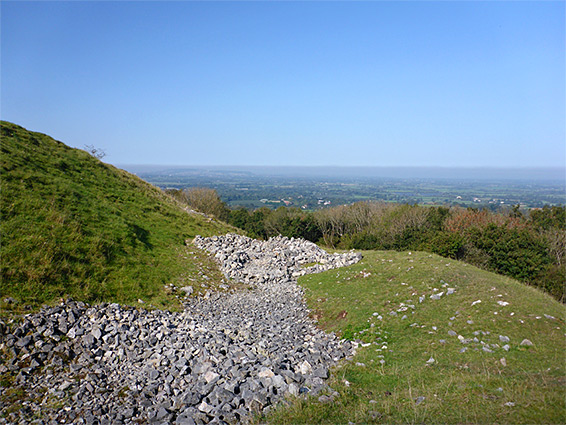 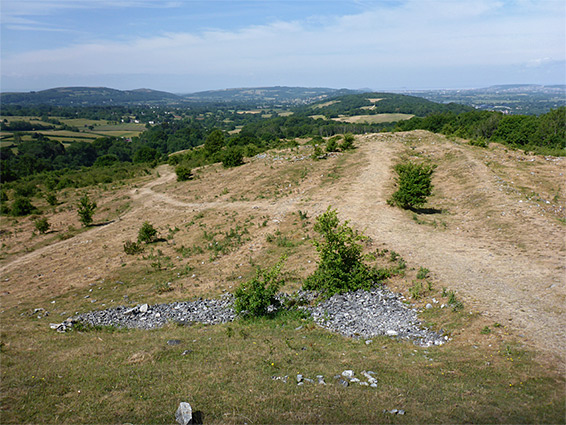 Varied plant habitals on a northern outlier of the Mendip Hills, including extensive calcareous grassland. Also the site of an Iron Age hillfort

Along the north edge of the Mendip Hills in north Somerset, Dolebury Warren is an extensive (222 acre) elevated ridge, offering grand views west towards the Bristol Channel, and is important for both historical and botanical reasons. The hill is a nature reserve and a site of special scientific interest, while part is a scheduled ancient monument, this latter because of an Iron Age hillfort (Dolebury Camp), the earthworks from which extend for over a third of a mile across the west end of the ridge.

Elsewhere on the hill are remains of a Roman camp and a medieval field system, while the name of the hill references a constructed rabbit warren, established in late medieval times. More recently a three-storey watchtower was built within the fort at its highpoint, associated with the later use of the warren, but this was in ruins by the start of the 19th century, and no trace survives today.

The most prominent ancient remains are the embankments and ditches of the hillfort; one of the highlights of the warren, along with the long-distance views and the varied plant life. The most widespread habitat is calcareous grassland, a consequence of the carboniferous limestone bedrock, but there are also patches of limestone heath and acidic grassland, while other areas are covered with trees or scrub, with further variability of the plant life resulting from the different aspects of the slopes, which face north, south and west and so are subject to varying amounts of sun and moisture.

The nature reserve (and the SSSI) is 1.2 miles in length, crossed by a network of paths, and several hours could be spent exploring, though most people visit just the western third, centred on the hillfort, the high point of which offers the best overall views. The land is owned by the National Trust and managed by Avon Wildlife Trust. 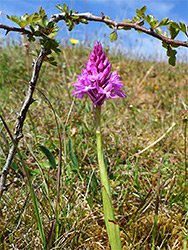 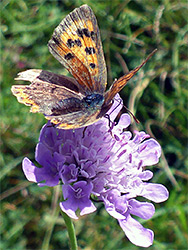 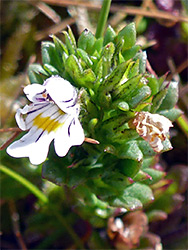 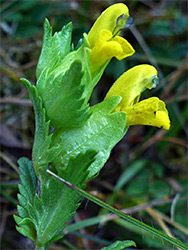 Paths and tracks approach the warren from various directions but the only road access is at the west end, by a narrow residential street, Dolebarrow, the last part of which is unpaved, leading to a rather small parking area in a shady combe below tall trees. A path climbs steeply through the woods, rising over 200 feet and emerging into the open below the southwest corner of the hillfort, just inside which is the site of the Roman camp. Paths then follow the two outer ramparts while another crosses the centre; all meet at the far side of the hillfort, near the summit, elevation about 570 feet. A continuation path leads further east along the flat land on top of the ridge, mostly grass-covered, while other routes enter the mostly wooded terrain of the north and south slopes. The land below the ridgetop is most dramatic to the southwest, where the hillside is at its steepest, and much limestone bedrock is exposed. 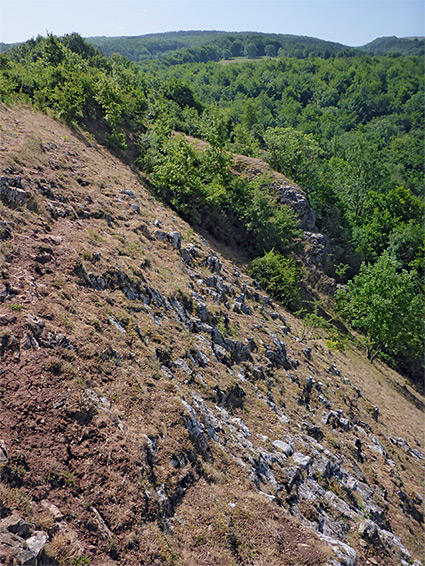 Steep, rocky terrain on the south side of the hill

The calcareous plants are concentrated on the outer ramparts of the fort and the rocky slopes to the south; species here and include eyebright, carline thistle, knotted pearlwort, kidney vetch, woolly thistle and harebell. The limestone heath is found around the summit, within the fort, supporting plants such as bell heather, ling heather and gorse, the soils here partially derived from wind-blown sands deposited during the last Ice Age. Further east the soil becomes gradually less alkaline, more acidic, and also rather less interesting for plants, with large areas covered by bracken. The variation in wildflowers makes the warren a good location for butterflies and other invertebrates. 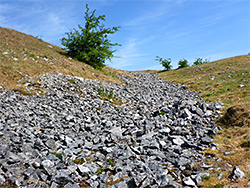 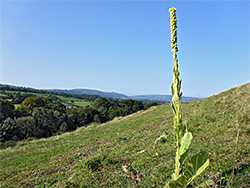 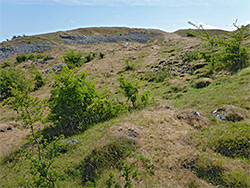 Path to the summit