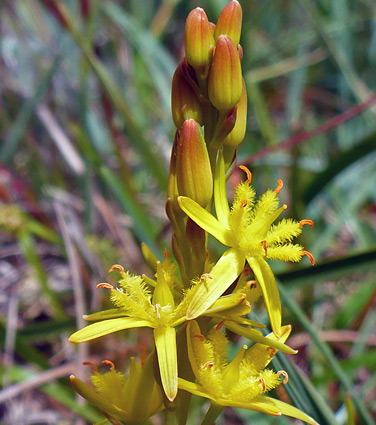 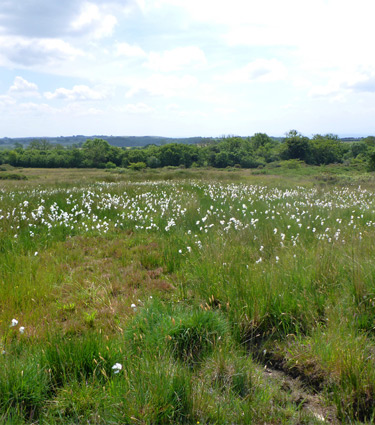 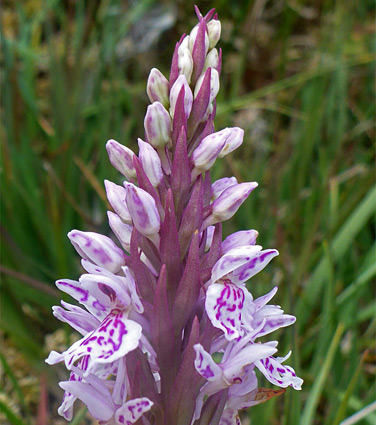 Pasture, hay meadows and boggy heath, this latter with by far the greatest plant diversity, on high ground in the middle of the Mendips

Management
Somerset Wildlife Trust
Location
Along a minor road between Shipham and Charterhouse; BS40 7XT
Selected Wildflowers
Bog asphodel, bog pimpernel, bog pondweed, bog stitchwort, cross-leaved heather, cuckoo flower, devil's-bit scabious, lesser spearwort, lousewort, marsh bedstraw, marsh violet, slender st john's-wort, southern marsh orchid, water forget-me-not, water starwort
Lots Grassland is one of the largest of over a dozen nature reserves in the Mendip Hills; a group of fields spread across one mile of the gently sloping, south-facing side of Black Down, the highest point in the Mendips. Part is maintained as hay meadows, with a selection of common grassland wildflowers, while a larger portion is pasture, grazed by cows and sheep, and has less interesting plant life, however the main attraction of the reserve is an area of boggy heath along the western edge, an unusual, acidic habitat for this location, as most of the area is underlain by calcareous (basic) soils, eroded from the carboniferous limestone bedrock. The bog and most of the fields sit above an inlier of sandstone deposits, from the Portishead Formation.

In this section are several springs and seeps sustaining bogs and tiny streams, and supporting a good selection of uncommon plants - wildflowers, rushes and sedges, including bog asphodel, bog pimpernel, marsh violet and southern marsh orchid. The seeps are wet even during prolonged dry spells, though the streams soon sink below ground, continuing at surface level and into an adjacent nature reserve to the south (GB Gruffy) only occasionally during periods of heavy rainfall.

Although high in elevation, up to 900 feet, views across the nature reserve are limited since to the north the fields rise steadily to the flat, rather featureless summit of Black Down, while to the south the land is fairly level for over a mile. Two paths cross the less interesting central and eastern parts of the reserve, through the pasture, and several gates access the meadows. The boggy limestone heath can be explored easily enough by walking across the surrounding (pathless) field, through clumps of gorse and heather. 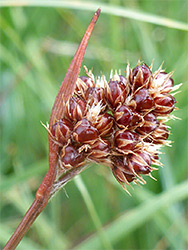 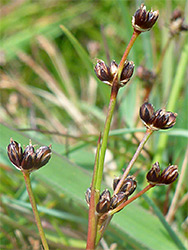 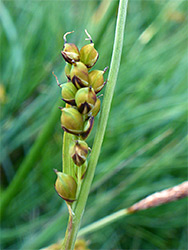 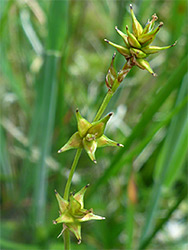 Lots Grassland Nature Reserve is entered through a gate about half way along the southern edge, on the minor road (a Roman Road) between Shipham and Charterhouse. The verge offers parking space for a couple of vehicles. A path heads north across a short grassy enclosure, between a line of trees and one of the hay meadows, then passes through a gateway into the westerly of the two large grazing fields, where it bends northeast, and exits the reserve after half a mile, beside a partly restored, brick-built bunker from WW2, associated with the air defences on Black Down. Another path goes east, eventually entering a little wooded ravine along the far edge of the reserve, near which are some overgrown ruins of a house, supposedly dating from medieval times. 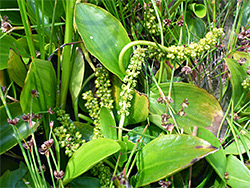 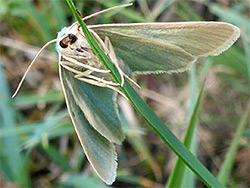 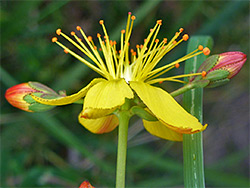 Botanically there seems little of interest in the grazing fields or the hay meadows, but the boggy heath along the western edge contains a great variety of plants, concentrated in a band around 200 feet wide. Gorse in this area is periodically thinned to prevent it obscuring the seeps and patches of short grass, where most of the rarer plants are found. Wildlife in the reserve includes brown hares, hazel dormice (in the hedgerows), dragonflies and several species of bat, who roost in nearby caves. 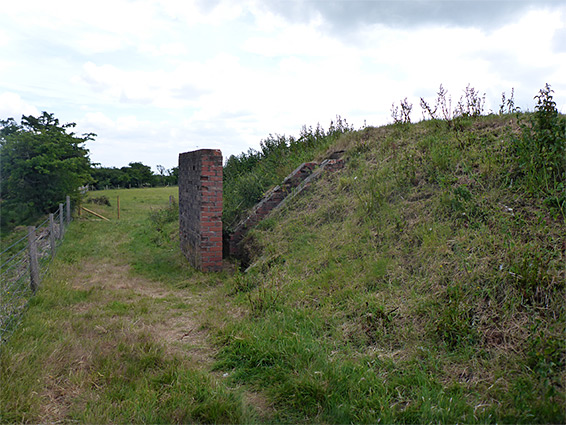