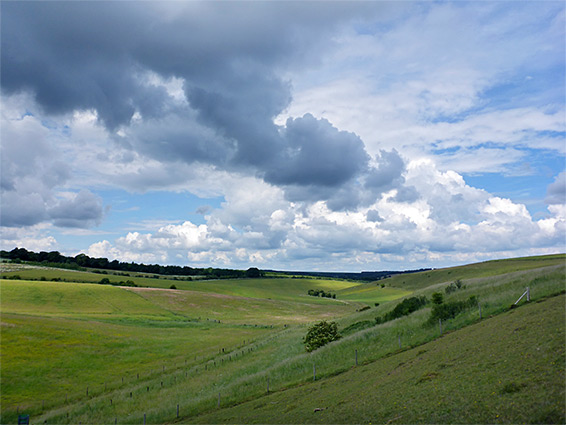 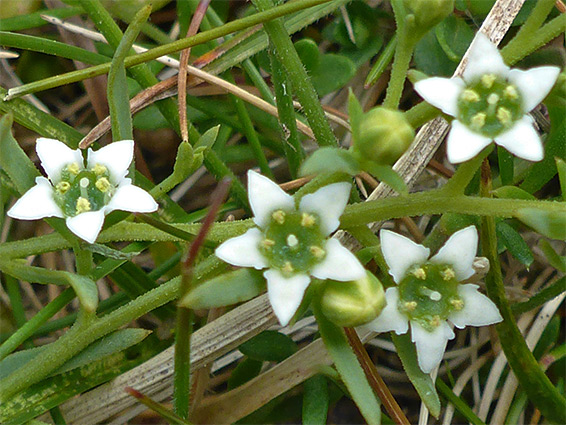 Chalk grassland across both sides of a shallow valley in Cranborne Chase, south of the River Wylye; several nationally rare plant species

Wylye Down is one of the smaller of the seven National Nature Reserves in Wiltshire, and is not as scenic as some of the others such as Fyfield Down and Pewsey Downs, yet it still has a good range of plant species with several nationally rare varieties including burnt-tip orchid, early gentian, field fleawort, frog orchid and tuberous thistle.

The reserve contains calcareous grassland, extending half a mile along a shallow valley in the chalk downland of Cranborne Chase on the south side of the River Wylye, and like most such places is regularly grazed by cattle. It occupies about half of the Wylye section of the Wylye and Church Dean Downs Site of Special Scientific Interest (SSSI), which includes more meadows to the northeast and two strips of rougher grassland mixed with scrub and trees extending further south across the slopes either side of the valley floor, this part of which is occupied by a regular grazing field.

There is no dedicated parking place for Wylye Down and the reserve is not adjacent to a main road so is little-visited, though access is still quite easy, by walking along a short track from a nearby road to the east, 0.7 miles south of the village of Wylye. The reserve can also be reached by a longer path that leaves Wylye to the south, crosses a railway line then curves past several fields.

The early gentian blooms in April and May but midsummer is the best time for the majority of plant species, which are concentrated on the east side of valley across the steeper parts of the slopes. 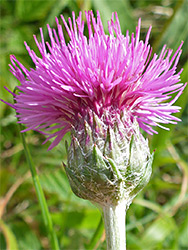 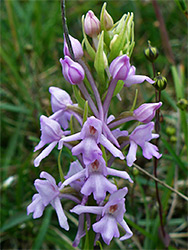 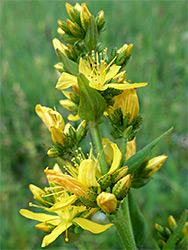 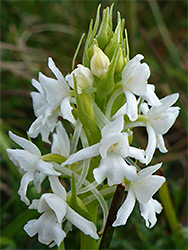 Parking for a couple of vehicles is available along the road south from Wylye, in front of a covered reservoir next to a communications tower surrounded by a patch of trees; the access track starts nearly opposite, running between two fields and curving south just before a gate, from where a path heads downhill into the easternmost of the two sections of the SSSI that occupy the upper end of the valley. The edge of the nature reserve is a short distance north, beyond a fence, but the grassland here is also worth exploring as it too has a good variety of plants including tuberous thistle, which is largely confined to the Wiltshire Downs, with smaller populations in Vale of Glamorgan and near Cambridge. The similar-sized belt of rough grassland on the opposite side of the upper valley seems to have somewhat fewer plant species. The nature reserve to the north is nearly all grassland with just a few shrubs on the western (east-facing) slope and this area too has less wildflower diversity than the opposite side of the valley, on which some of the rarer wildflowers like early gentian and burnt-tip orchid are found about halfway up the slope, close to some minor rock outcrops, in amongst patches of short grass. 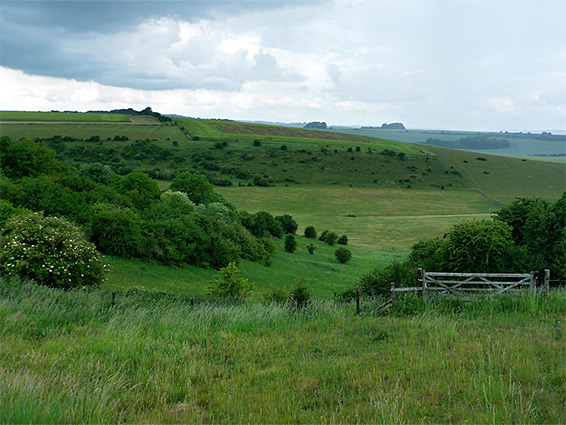